I’m keeping with a modern theme as  I have changed the angle slightly and am working my way back at the moment.  I’m fascinated how the German and British Royal families stayed so interlinked and continued to get closer and closer after the Hanoverians took the throne.

Princess Alice, Grand Duchess of Hesse and by Rhine 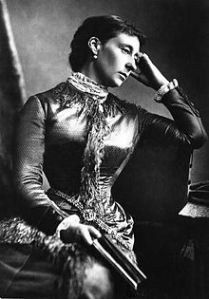 Alfred, Duke of Sax-Colburg and Gotha 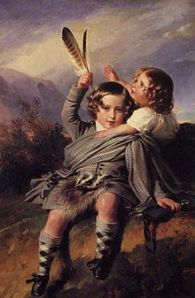 Princess Louise in the 1860s

Princess Louise as a widow, painted by the society portraitist Philip de László in 1915 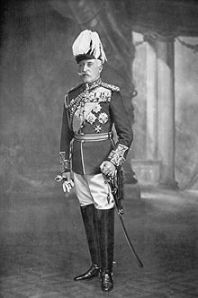 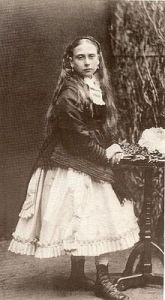 I have struggled recently with time and tiredness because of my condition Myasthenia Gravis that has meant that I haven’t been awake enough to concentrate to write. Still I feel quite tired during the day especially after work and have really struggled. Most weekend days where the opportunity presents itself I have a sleep in the afternoon just to get by, but I won’t be beaten and here I am coming up a little modern than the recent postings.

Something I am finding regarding this blog is that it has so much scope that at times I am overwhelmed by the amount of different ways and paths that I can try and follow.  At times I wish I had specific period that I really loved and could get my teeth in but I love them all.  I think at the moment then this is going to continue to be a mishmash of different periods, different dynasties, and different countries as I continue to pick away at things that spring to my attention at the time.

So here we are at Queen Victoria, and her nine children that I want to go through and list where they married into within Europe.  I think this generation and the next really some up my original thoughts regarding the monarchy within Europe and how it so easily and quickly becomes interlinked.  Especially amount Victoria’s children and reading further down you can see how we can go from Queen of Great Britain to heads of many different European countries within fifty years.

First we have Victoria, the Princess Royal (21/11/1840-5/08/1901), she married Frederick the Crown Prince of Germany and Prussia, and they later went on to become Emperor and Empress of Germany and King and Queen of Prussia.  They had four sons and four daughters who included Wilhelm II, Germany Emperor and King of Prussia and also Sophia the Queen of Greece.

Albert Edward the Prince of Wales (9/11/1841-6/5/1910) who went on to become King Edward VII of Great Britain and Ireland married Princess Alexandria of Denmark.  They had three sons and three daughters, who included the future King George V and Maud the future Queen of Norway.

Prince Alfred, (6/8/1844-31/7/1900) Duke of Saxe-Colburg and Gotha, Duke of Edinburgh married Grand Duchess Maria Alexandrovna of Russia and one of their daughters went on to become Marie, Queen of Romania.

Princess Louise, (18/3/1848-3/12/1939) married John Douglas Sutherland Campbell, Marquis of Lorne and 9th Duke of Argyll.  He later went on to become the Governor-General of Canada.

And that I believe is only scratching the surface.  From what has taken me as quick as thirty minutes to quickly look into I have found that within two generations we have at least, from one person the future royalty within many different states of Germany, Greece, Norway, Romania and Spain.  This just backs up my original thought when I very first started writing this blog earlier this year and has now set the flame alight to continue to find out exactly how intertwined the royal families of Europe were.